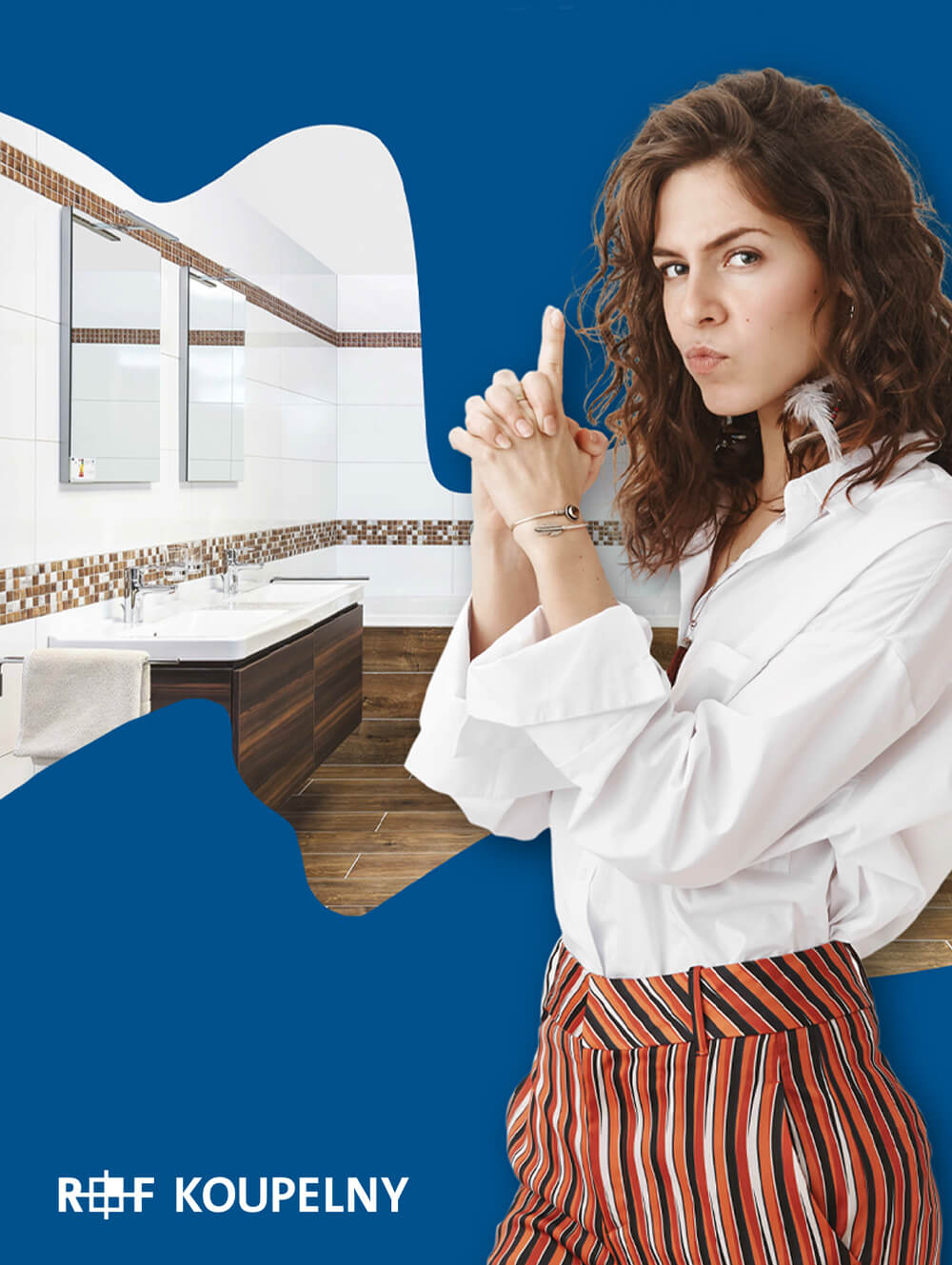 Linking Product Placement in a Commercial with a Multi-Channel Campaign

A specialist in bathroom centres, installations, plumbing and heating, Richter+Frenzel was featured on commercial TV as part of the Mission New Home programme. It has helped people who have fallen on hard times to build a new bathroom.

Following the brand’s visibility on TV, we created a strategic concept for a multi-channel campaign covering selected digital media.

The basis was a precise definition of the target groups, their expectations and needs. The main pillars were social media communication, video channel, banner PPC campaigns, remarketing, newsletters, printed materials, trade fair stand and others. The starting point for communication was the RF Bathrooms website, which concentrates all the traffic and allows you to get various discounts or enter competitions for craftsmen.

A separate part of the campaign was the creation of R+F TV’s own TV studio, where a special programme is filmed after the broadcast of each episode, supplementing the TV version with specific advice and tips for dealing with similar projects. The entire campaign was orchestrated in the marketing cloud, which brought together all the data at the level of specific users and enabled effective Lead Management, immediate distribution of enquiries to bathroom centres or continuous communication with the contact database, which was segmented by region, business potential or interests.

The result was a comprehensive multi-channel campaign supporting both brand and TV Product Placement. The show, where craftsmen renovate distressed families’ homes in one week, runs every fall on prime time, the most-watched commercial television network.

The campaign did very well. It has generated 52 enquiries for bathroom studios and the videos filmed at R+F TV have been played more than 7,000 times so far.

We created a separate page that functioned as a landing page during the campaign. After the end of the campaign, the site was modified for the target group of end customers. 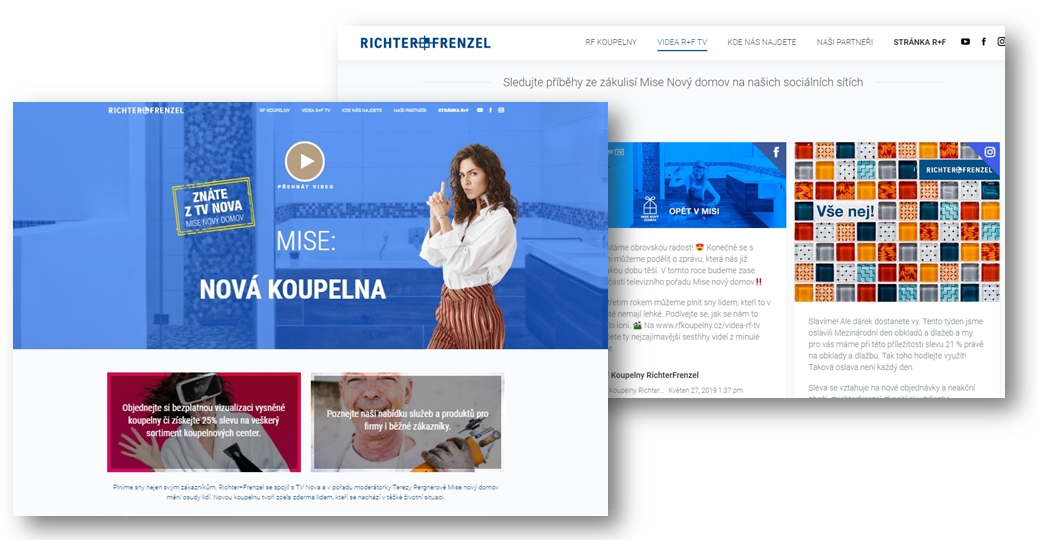 We built and equipped a studio called R+F TV at the R+F headquarters in Prague. From there, we broadcast and interviewed each week about how each bathroom was created in the TV series. The videos were posted on the website and promoted on social media. 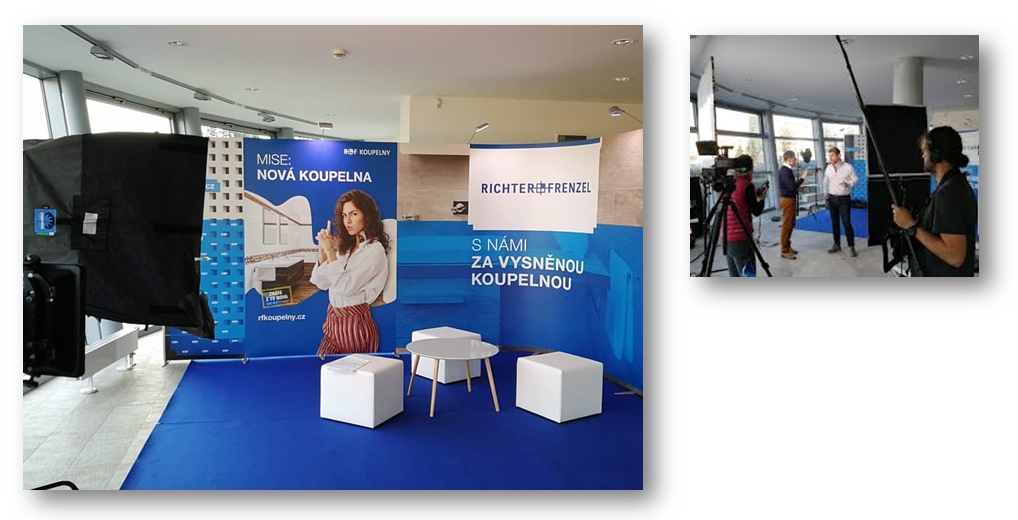 Creation of advertising banners for the content network and remarketing drawing attention to an offer in the campaign or a special discount. 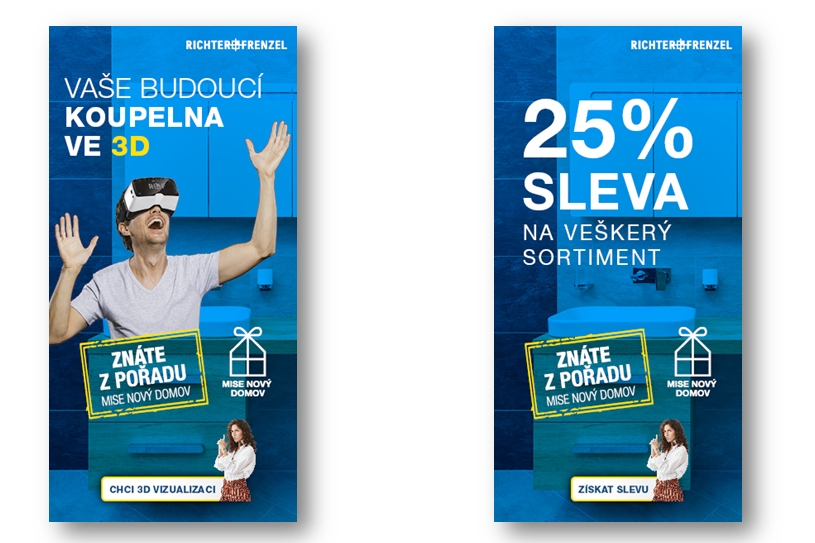 Special full branding format within the campaign. It worked very well for brand promotion as well. 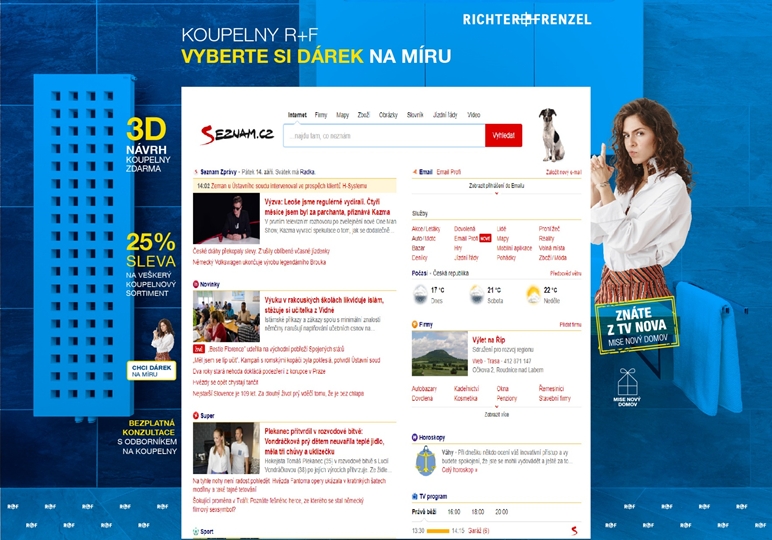 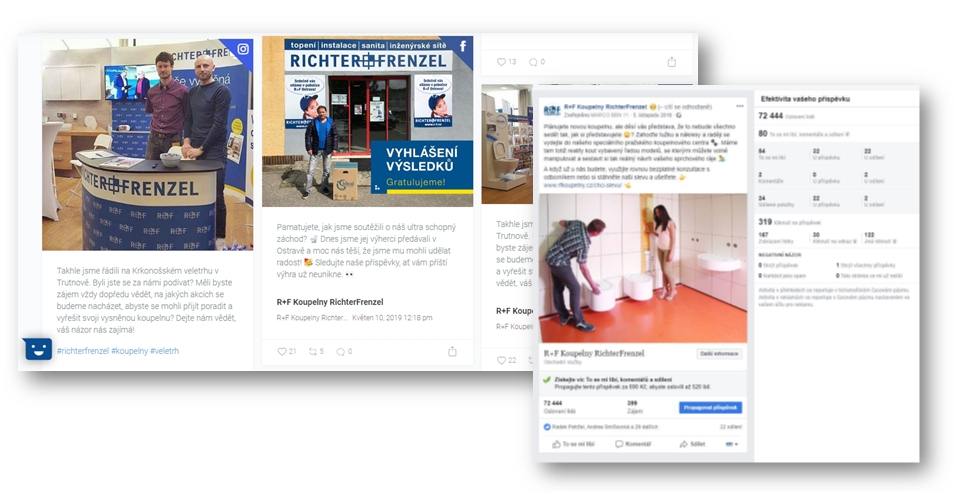 Our videos on YouTube have also been very popular. 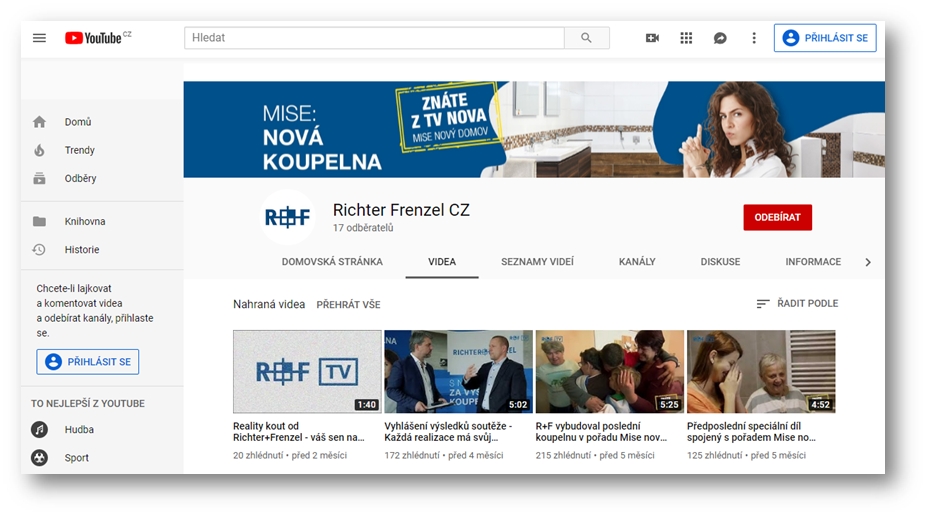 We organized and published information on the competition for craftsmen throughout the whole time. 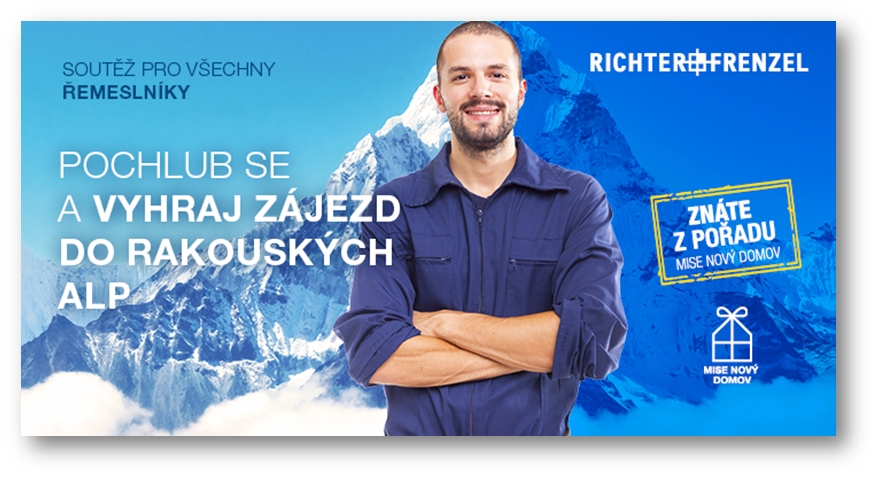 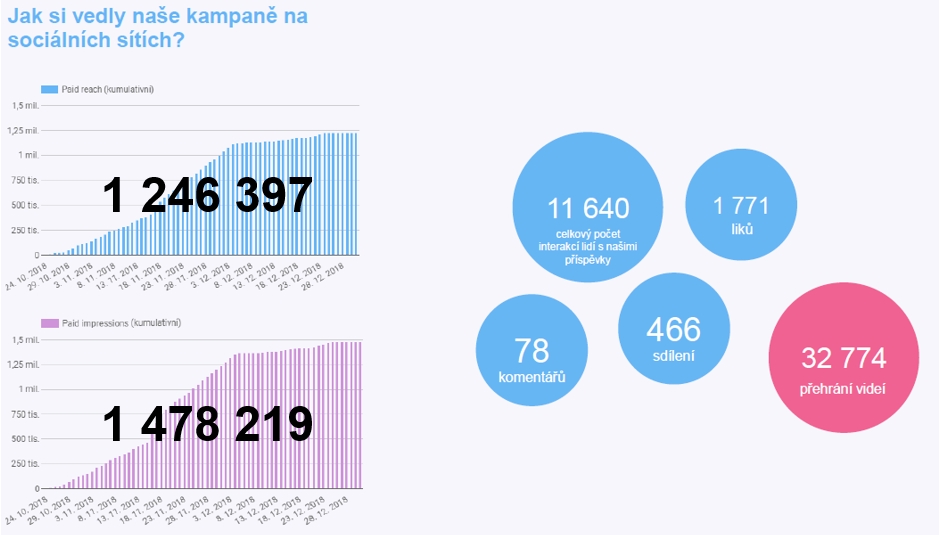 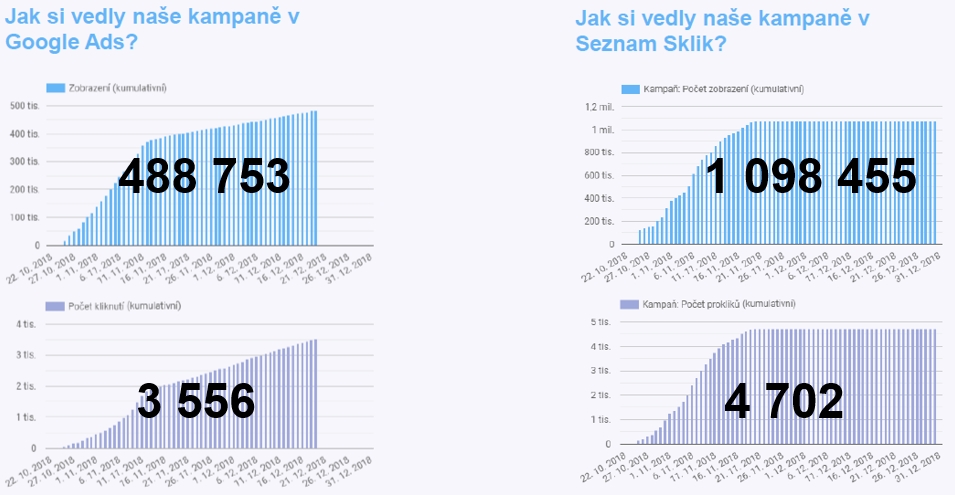 The show is hosted by Tereza Pergnerova, who also appeared in one of our videos.

We used Brand Asset Management tools and created Personas. The description was then used as a basis for campaign targeting and content creation.

Campaigns for digitalisation and virtualisation of industrial production